Vasari, You Left Us Too Early… 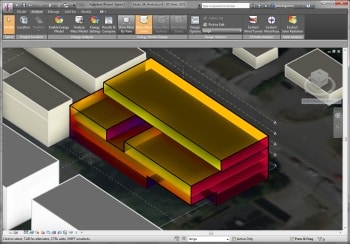 It was with some sadness that we learned this week that Autodesk Vasari Beta 3 will permanently expire by May 31st 2015. That being said, it comes as no surprise considering that over the past year it was never upgraded to be compatible with Revit 2015.

I personally still have mixed emotions, particularly because Vasari in its earliest version was great, but later in its life as its development was halted its wings were cut off more than once.

In its first iteration, one portable executable file around 700MB was all that was required to run it. Double click and you could start using it. Then later that was backtracked through the introduction of RCP content which required a formal (gigantic) installation file and serial number. Inevitably, Vasari played a huge role in setting the stage for Dynamo, allowing many programmers the ability to dip their toes into the Revit API and contribute to its growing community without having to purchase a Building Design Suite.

Among the features that showed great promise which were removed from Vasari early on was the Planar Solar Radiation tool. While the tool itself was a bit clunky, the annual solar radiation map was really good to provide a quick visual understanding of solar access throughout the year for a given location. Lack of good tools to interrogate the climate of a site is an important feature lacking in Autodesk software for AEC.

The physics simulation engine, Nucleus, was another early casualty in the development that was removed from the Vasari family editor environment despite its promise.

So while many features have been ported to Revit or Formit, there are some that are retiring with the shut down of Vasari. The following is an augmented table showing features (highlighted in light yellow) that have no Autodesk offering and were excluded from the original table in the email announcing Vasari’s demise.

The wind rose is one feature that was originally absent from the table. Wind rose or wind intensity is different from CFD, or what is called Wind analysis in the table. It is a different workflow, which relates to understanding the site and climate before you even propose a design and was particularly strong at allowing designers to answer questions such as what direction is the wind blowing during summer nights (assuming temperature drops enough to allow for night flushing). Afterwards, you could move into CFD with this information and run an analysis on a proposed design including site context.

Included in the list of features is Lighting Analysis for Revit, which is a fantastic tool. Although it was never part of Vasari, it brings a lot of value to design Revit workflows. Be sure to contact me if you would like additional information.

Finally, it is also worth mentioning that while there are some Vasari features now available through Revit, the cost jump from free to Revit is significant and will definitely be a blow to many designers who have gotten used to working with Vasari and will now likely develop workflows with less expensive tools like Rhino or SketchUp. We will miss you Vasari.

Edwin is a BIM Consultant with Summit BIM Consulting Ltd., a leading provider of BIM consulting services based in Vancouver, BC. Edwin brings to his projects advanced skills in data visualization, workflow development, workflow implementation, automation, research, project management and communication. He believes that there is great opportunity within the AECO industry to streamline processes and workflows to deliver high performance buildings.

Find out how you can use technology to improve
the way buildings are designed,
built and operated.